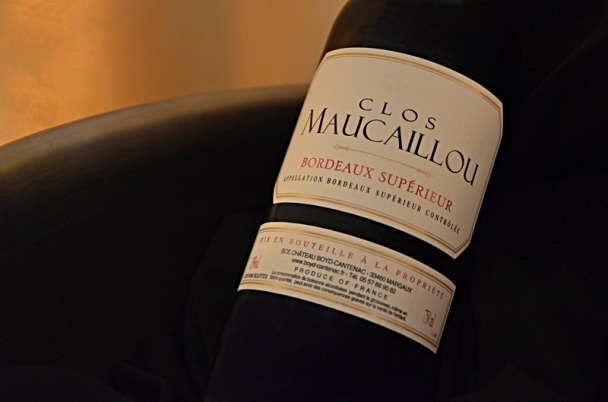 This tiny vineyard, situated in Cantenac, is at the base of the gravely soils of the Margaux Appellation. It traces its origins to the last years of the 19th century, at that time, its vineyards were cultivated by Mr. Deycard, grocer-butcher at Cantenac, who sold his wine locally.

The vineyard is situated between the gravely, well-drained, siliceous soils of Margaux and the clay soils of the « palus » where vineyards in the Médoc first appeared during the time of Eleanor of Aquitaine in the 12th century. The vineyard is planted with Merlot (65%) and Cabernet Sauvignon.

The vines benefit from the same care given to the vines of Châteaux Boyd-Cantenac and Pouget : winter pruning, bud-thinning, leaf-thinning and grape cluster selection. Everything is done to obtain the healthiest grapes and to bring them to maturity under the best conditions.

Clos Maucaillou is fermented, aged and carefully blended to produce a balanced wine harmonizing aroma and presence on the palate, vivacious and supple.

Clos Maucaillou, though found within the area of the Haut-Médoc Appellation, is presented under the Bordeaux Supérieur Appellation, which is more universally known. It has been served at the Moulin Rouge in Paris, as well as the Garden Parties of Buckingham Palace.